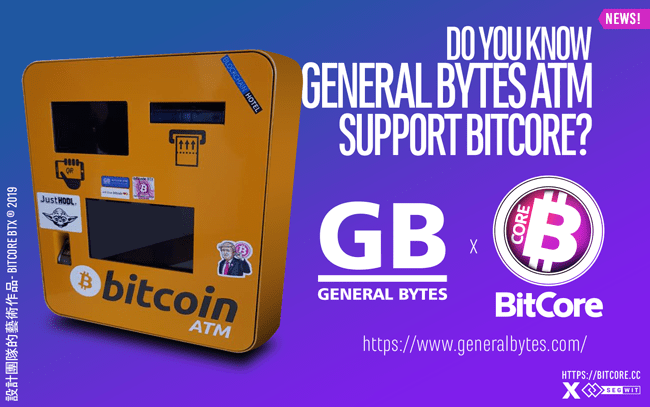 The numbers of ways to access $BTX are constantly growing. BitCore is available at General Bytes Crypto ATM machines worldwide 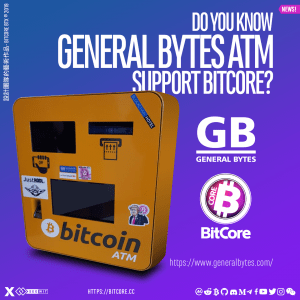 An important factor to the success of a cryptocurrency is its network effect. Therefore, we continue to expand the BTX ecosystem. BitCore has made great strides in this area, though sometimes in different ways than other coins. One of the strides was General Bytes ATM’s integration. The BitCore development team finished the code for General Bytes ATM integration and created a pull request in General Bytes’ Github repository. Our code has been reviewed, merged and uploaded to the General Bytes server, allowing all ATM owners to start accepting BTX on their ATM(s).

Actually it’s nothing new, BitCore support has been included since 2018-03-22. Thus, you can buy $BTX on General Bytes ATMs – 2000+ machines in many countries! Watch the video that how to buy BTX via ATM: https://www.youtube.com/watch?v=sd8jIkx-JHc. This will make it even easier for merchants to accept BitCore. Customers, who don’t know how to access the channels like (cryptocurrency) 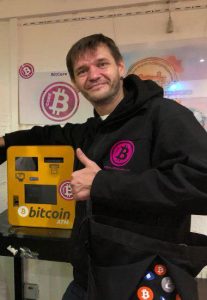 exchanges, now have a simple way to get their hands on BTX thanks to General Bytes’ growing network of ATMs.

According to independent research by Coin ATM Radar (the most up to date resource for information in the cryptocurrency ATM industry) GENERAL BYTES reached the number 1 spot in the top rankings of Bitcoin ATM manufacturers today. There are 2000+ General Bytes ATMs worldwide that support BitCore BTX. The operations of the machines have to enable BTX support. If you know of a place in your area with a General Bytes machine, feel free to encourage them to enable BitCore to their interface. All the ATM owners are being notified by email to add BTX. If you need support configuring, just contact [email protected]

General Bytes (Czech company) is a project based on cryptocurrency and blockchain technology and their financial application. Their line of products includes several state-of-the-art ATM and Point of Sale terminal machines, based on the Android operating system, which are able to support the codebases of cryptocurrencies prepared for mass adoption. 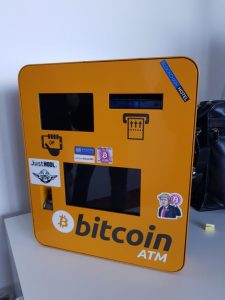 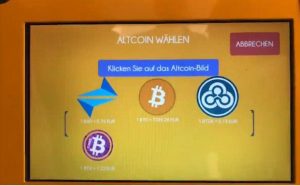 Stay tuned for more exciting announcements for #BTX by following us on Twitter, Facebook, Discord and Telegram. Mass adoption, here we come!!!