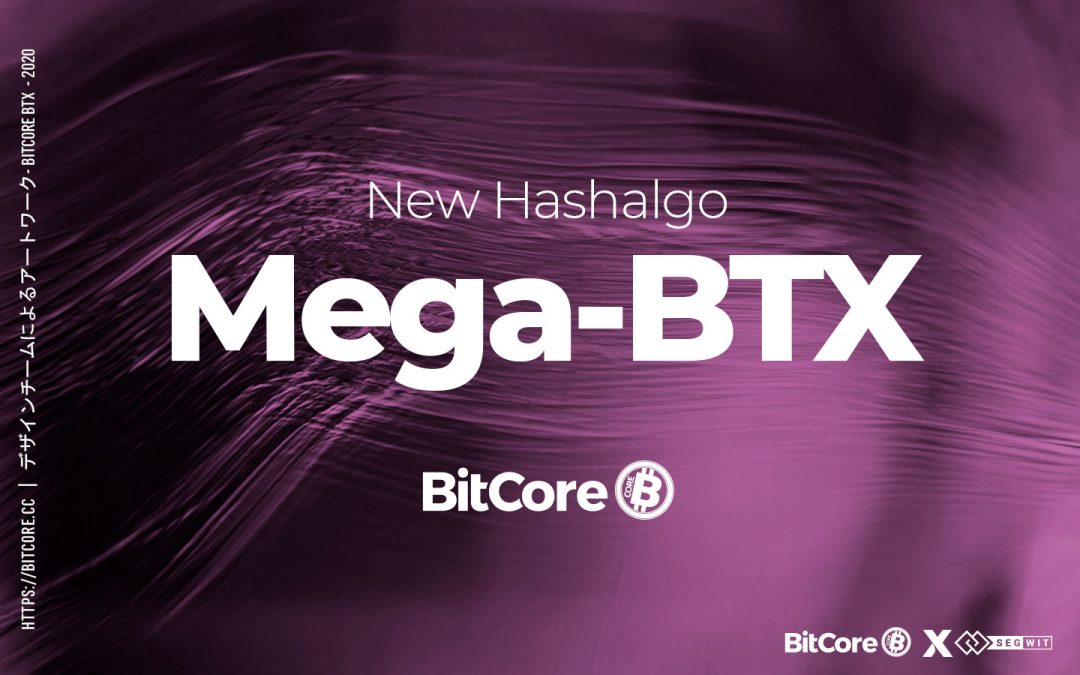 Mining has been evolving constantly since Bitcoin was released, many ups and downs on the road have been the norm. That is why BitCore BTX is always focused in this evolution and now BitCore BTX is about to launch a new algorithm thinking in actual mining situation. As we all know there a three major mining types CPU, GPU and FGPA, CPU and GPU equipment are becoming obsolete or useless for many platforms, FGPA is a complex technology but it is leading the way today. But, what about all those devices disconnected and stored somewhere, everywhere? BitCore BTX developers try to answer this question with a new algorithm, a new way to bring them back. Now we have an announcement for miners, BitCore BTX has developed a new algorithm named Mega-BTX designed to make FPGA mining too expensive and make mining efficient with GPU and CPU equipment. This new algorithm Mega-BTX version 1.9.9.5 will be launched September 1st, 2020 12:00 pm (UTC), and as it was mentioned before is made mainly to support GPU and CPU mining. Its functions, permutations channels, code and details can be found in  https://github.com/LIMXTEC/Bitcore/blob/master/src/crypto/mega-btx.h If you want to know more, have questions or need support, we invite you to join us in Telegram (https://t.me/bitcore_cc) and contact BitCore BTX developers directly, they will be glad to help you. We are sure this will help to many miners with equipment waiting to be useful and profitable again. Let’s make BitCore BTX and CPU/GPU great again.

Thanks for your support !