New version of the Electrum-BTX 3.2.3 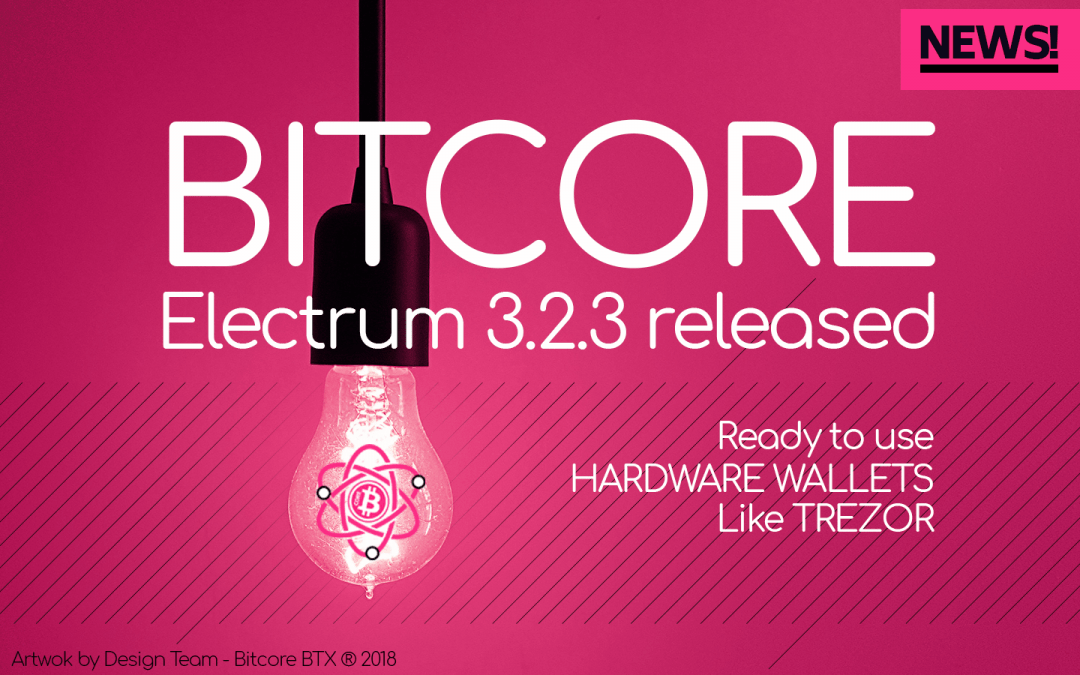 The Bitcore BTX team is pleased to announce a new version of the Electrum-BTX which is a fork of Electrum wallet and works much like it. Electrum-BTX allows users to dispense with backups and blockchain downloads, and also this new version enables BTX to be integrated with the Trezor hardware wallet. This provides an extra layer of security and convenience, and permits users to store their Bitcore coins together with bitcoin on the same Trezor device. If you’re using our Electrum-BTX wallet, make sure you update to the latest version, published last week: https://github.com/LIMXTEC/electrum-btx/releases/tag/3.2.3-btx

The platform is also known as Lightweight Bitcore Client! It’s is a full-featured wallet that’s easy to use for beginners but provides many advanced features — including invoices, multisign wallets, cold storage, and a rich set of functionality for advanced users and developers. Most importantly, Electrum-BTX is very quick to load and very lightweight, consuming a lot less disk space than a full node wallet.

Following are some aspects of the wallet:

• Established: Electrum is an open source which was initially released in November 2011.
• Platforms Available: Windows, Linux, Mac OS
• Safety: Your private keys and seed are encrypted on your hard drive. The servers never keep them.
• Instantly accessible on: The client does not download the blockchain, instead uses a specialized server’s network that index the blockchain.
• Low trust: Any detail received from the servers is validated using SPV. Servers work on SSL authentication.
• Cold Storage: A Sign transaction is possible from a system that remains offline. Broadcast them from a machine that does not hold your keys.
• No downtimes: The Electrum-BTX is not bound to a particular server; it switches immediately if your server goes down.
• Ubiquitous: User can use the same wallet on separate systems, they synchronize it automatically.

We’ll continue to work hard to provide the kind of software users want, the services developers need, and to continue expanding and supporting the Bitcore Ecosystem.